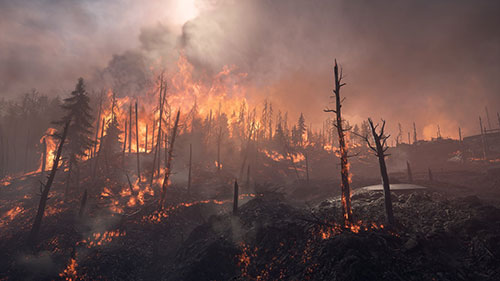 Province issues a Fire Ban Due to CoVid 19

In an announcement Thursday April 2 by the Minister for Natural Resources and Forestry, it was indicated that the Town of Renfrew falls within the boundaries of the Ontario legislated fire region, which has been designated a Restricted Fire Zone.  As a result all burning is banned within the Town of Renfrew which also suspends the privileges to those who have purchased their 2020 Recreational Open Air Burning Permits.

Once the Provincial designation of a Restricted Fire Zone has been lifted we will advise on the reinstatement of issued permits and the opportunity for others to purchase new permits.

Any burning within Town boundaries may be interpreted as a violation of the Provincial Emergency order in addition to violations of the town by-law and potentially subject to fines from both levels of government.